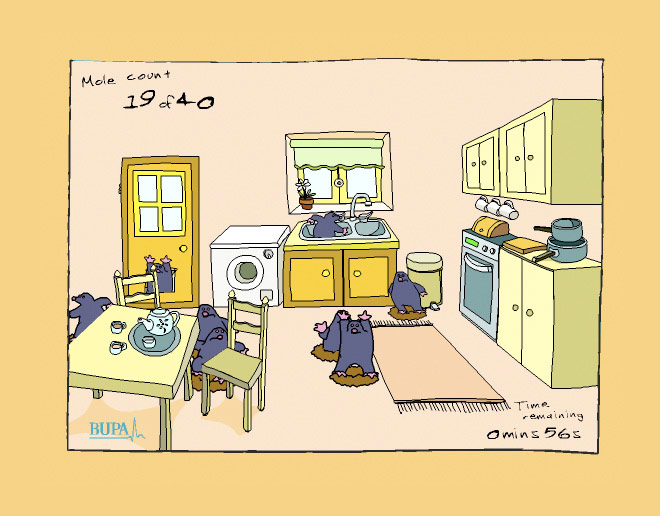 Who remembers this (BUPA Mole TV ad)? BUPA were so delighted with the amazing characters created by Graham Carter that they asked for a game.

An interesting brief. I drew four lovely scenes in Illustrator, then imported them into Flash and built the game. My favourite is the kitchen. 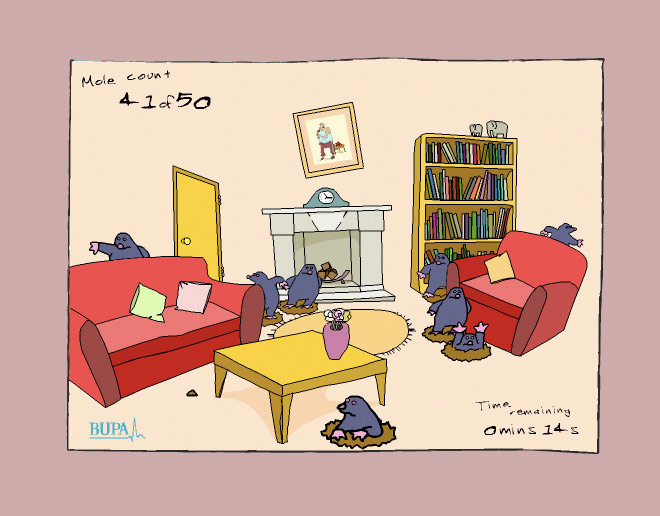 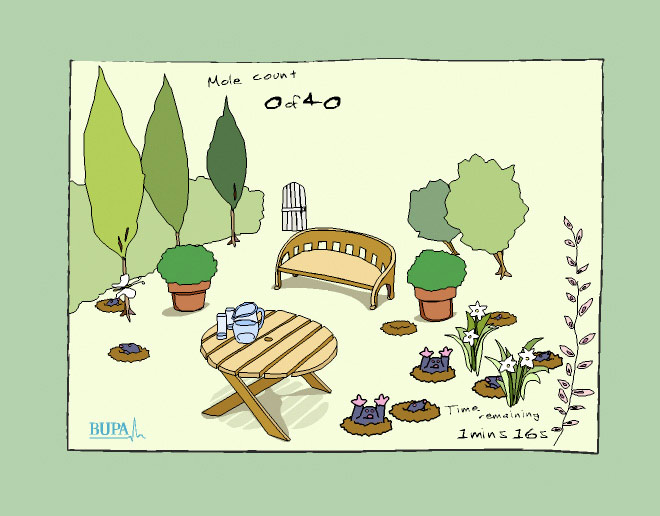 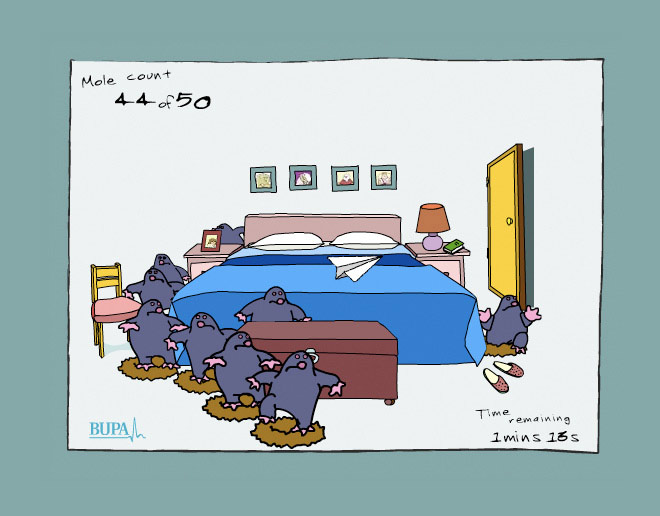 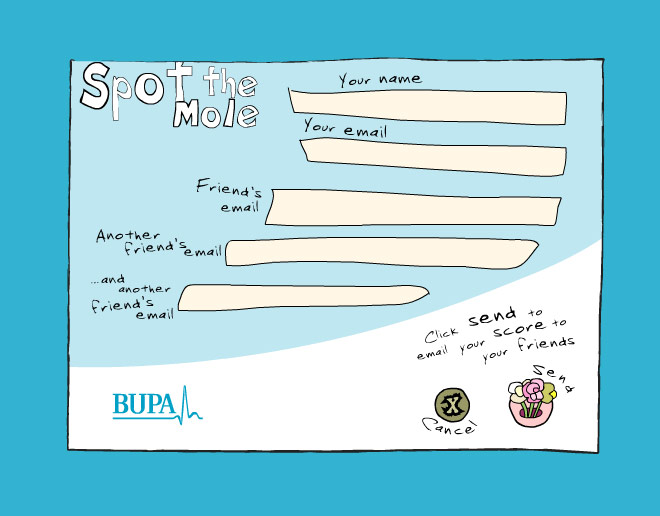 The mole was an obvious choice for a game. It’s a variation on whack-a-mole. Your home is overun with moles who mostly dig up out of the ground (although I did put one coming out of the ktchen sink). The mole was redrawn and simplified and made to boogie in the Flash timeline. After each move the playhead would randomly skip to another using simple gotoAndPlay code.

A big part of the build was optimising the graphics to run on a mac back in 2004. Remember that? Macs were not so good at running Flash back then. It should be super snappy now ;-).

With kind permission the original man ad mole make an appearance at the start of the game. You can also see images from the press ads in picture frames. There’s a copy of the game here for those of you who have Flash Player installed.