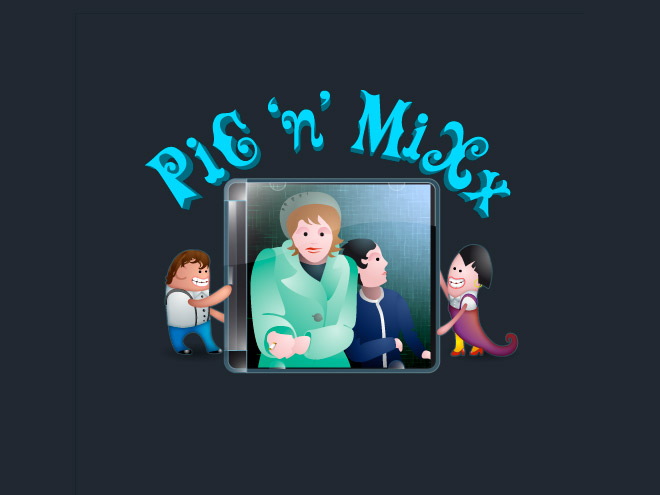 What’ this you say? “Bring along a CD of your favourite songs and chuck it in the lucky dip. Watch the newest of new indie pop bands. Spend the rest of the night dancing to the greatest twee tracks. Then take home a random mix-CD on the way out. Where do I sign up!”

In 2009 and 2010 Pic ‘n’ Mixx was an offsoot of Muso’s Guide by Natalie Shaw who tweeted for help with a logo. I thought this could be fun. Here’s the brief.

“I want it to give off a friendly vibe, something fun yet stylish. I want the CD to look like a real-life CD and the ’fun’ element I guess to appear in the name.”

I sketched out three ideas. 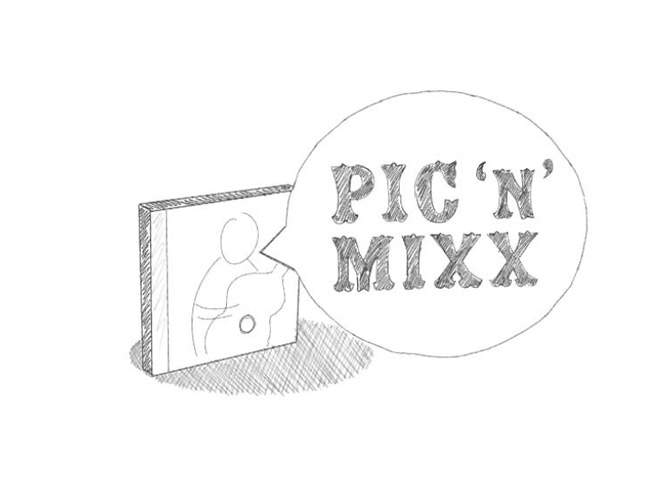 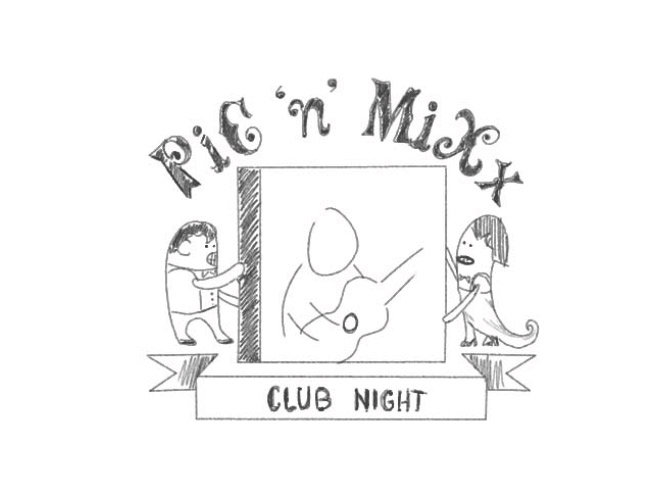 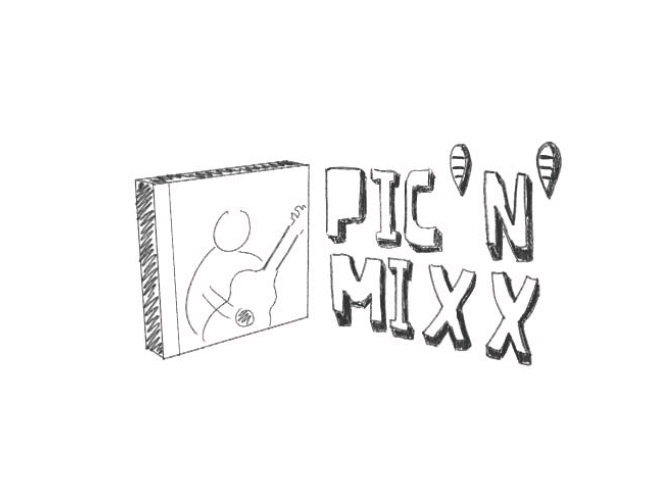 There was a clear winner. The crest is for the champions of twee!

Five colourways to mixx it up a bit

Before going with the Belle and Sebastion inspired CD I mocked up a logo with Burl Ives on the cover. Oh it brings back childhood memories. ;-) 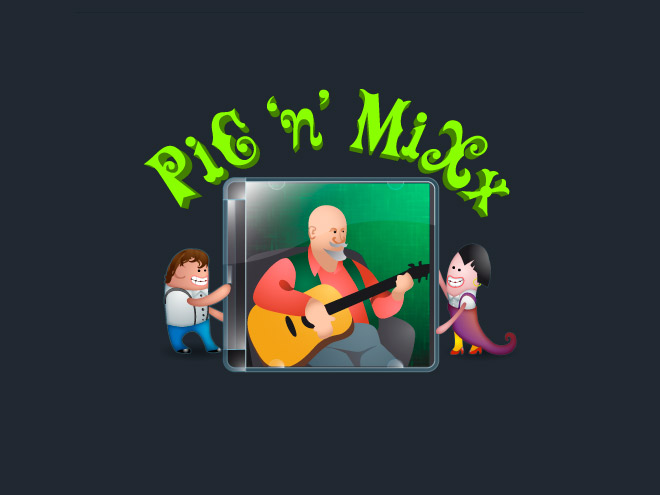