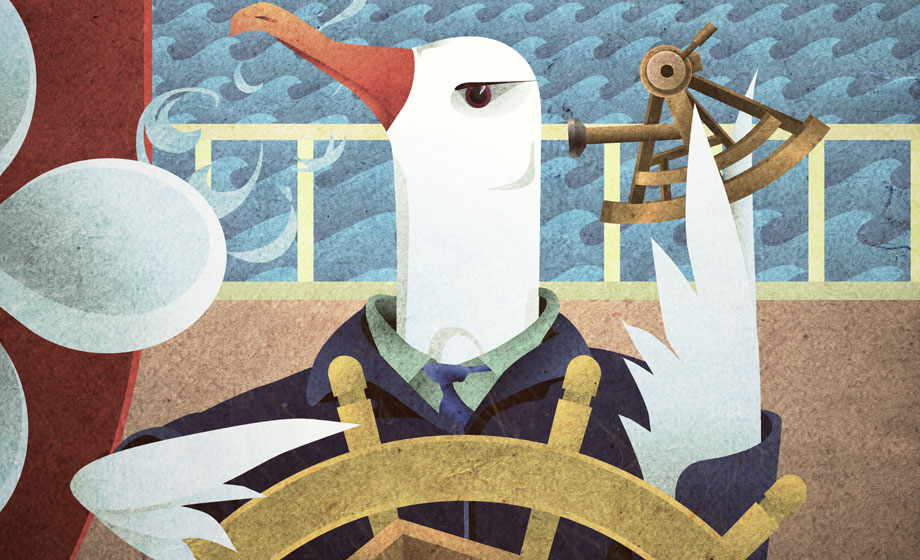 "A" for Albatross, "Q" for Quatermaster

I’ve started a personal project to illustrate animals in professions, one for each letter of the alphabet. I’m drawing them in alphabetical order. So far I’ve done four. An albatross, bull, cat and dog. This is "A" for Ablatross. I’ll post about the others later. When I have all 26 done I’ll also have a complete set of alphabet professions :-).

Before I started I already had a strong picture in my mind. "A" for Ablatross would be first and I wanted it to have a nautical theme. It was an early oportunity to do "Q" in the professions. Quartermaster has two potential, and quite different, descriptions.

Instead of trying to show the albatross playing out the Quartermaster role in a semi-realistic manner I cast him in a romanticised setting full of nautical iconography. Sunset, waves, steam ship, decks of an ocean liner, marine propellor (Why is it on deck? Let’s call it artistic licence!), an old fashion ship’s wheel, a compass and sextant. 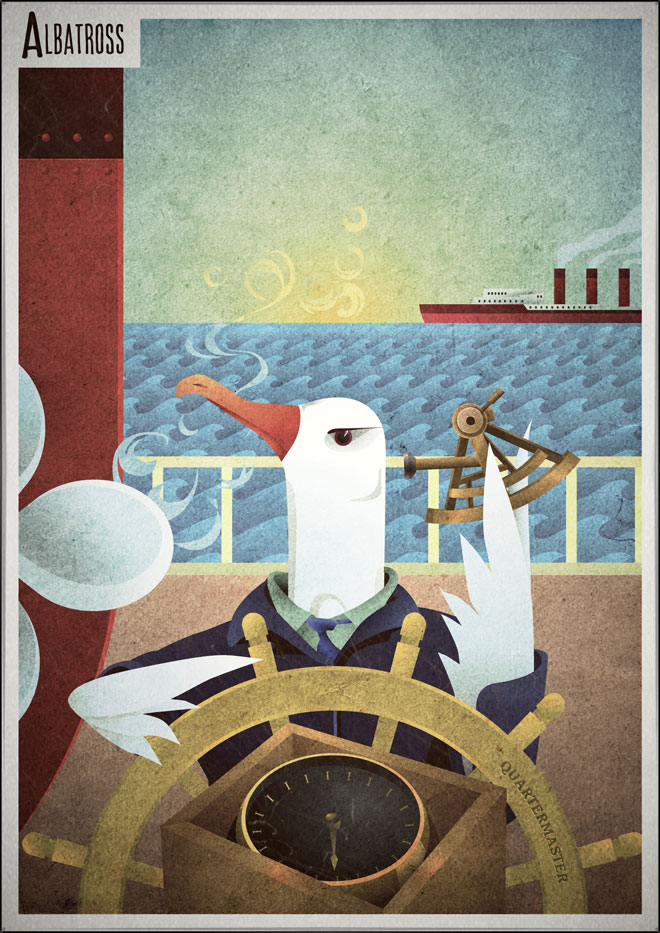 As the first in the series the Albatross Quartermaster also sets the style and level of detail. The nautical theme and lovely flat vector shapes add a little Art Deco (only a hint). If you like Art Deco check out Cassandre’s posters.

A bit about the process

I like to start in Sketchbook Pro where I can get a nice pencil mark. Firstly exploring the relationship between the character and the scene. Then outlining all the details. Sorting out all this upfront lets me concentrate on path making and colours in Adobe Illustrator.

The whole thing is done without transparency to keep within the limitations of Illustrator 8 EPS. The final vector is available on iStockPhoto. As a final touch I used a small app called Flare to add an old poster effect.