Taking a line for a walk 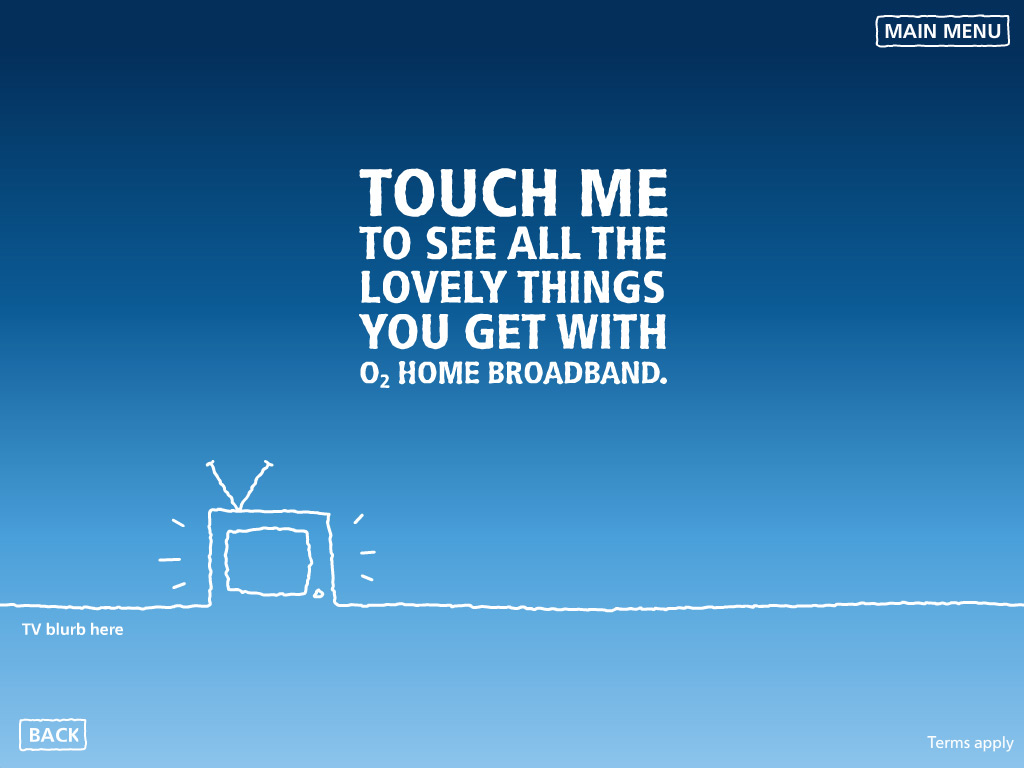 Before Niggles & Narks, in 2009, VCCP created an interim look and feel for O2’s broadband offering. This was fairly much a scribbly line drawing of a house with an equally scribbly headline. O2 wanted to show their broadband deals in-store, so I was teamed with a freelance Copywriter (Hi Dianne :-)), and we went about creating a sequence of screens for 19" touchscreens. Expanding and animating this simple identity.

So what the idea?

Seeing that simple line drawing in the poster reminded me off a cartoon I saw growing up. With a bit of searching I found it on YouTube here. It was the way the character animated out from the single line. What if our O2 house, and other broadband related items, formed from a single scribbly line as the viewer selected different screens. What these scribbly lines needed to be vibrant was a hand-drawn shake like Roobarb And Custard. 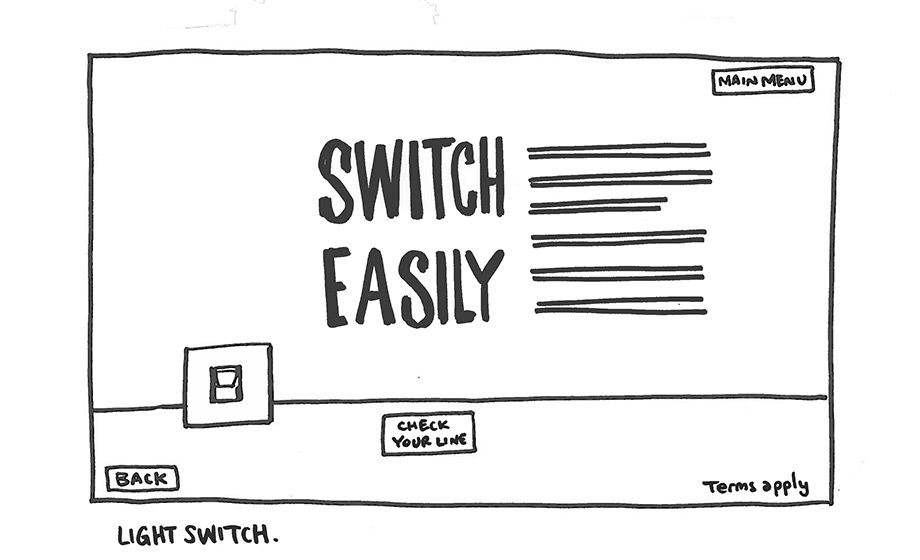 Dianne and I sat and mapped out some ideas for the screens. Then I scamped them up. A heart for home, a beatbox for music, space invaders for games and a light switch for ‘switching.’ 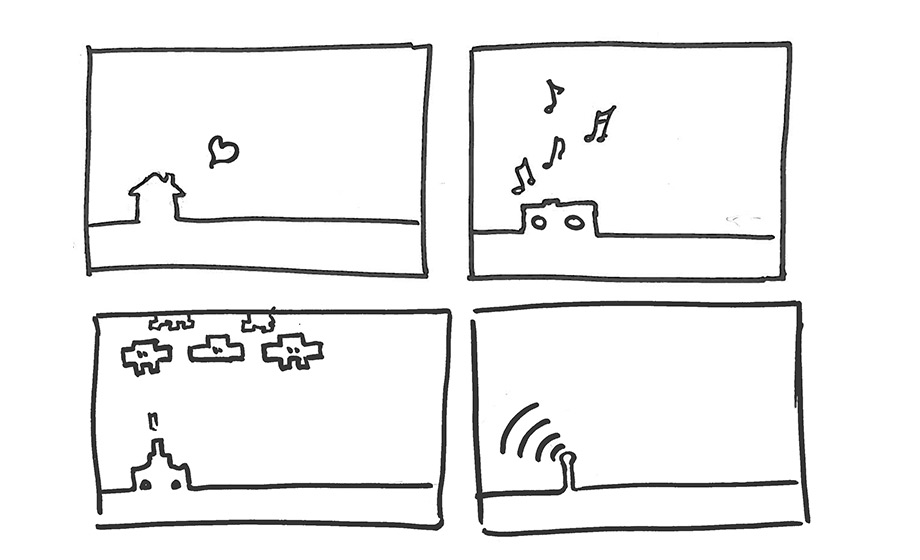 Screens were designed specifically for 1280x1024px resolution (Although I did create some flexibility in Flash as I was sure this would eventually be needed on a different size screen!). 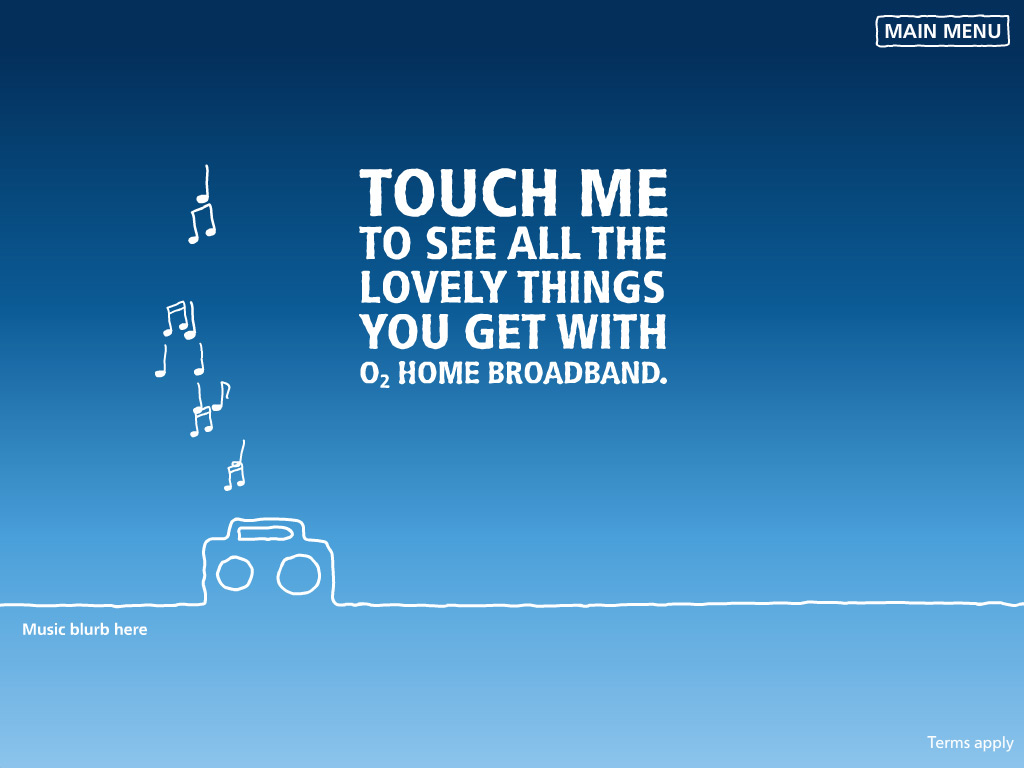 The scribbly line remains at the same level throughout. The hand-drawn aniation effect was also applied to the borders of buttons to help destinguish between content and interaction points. 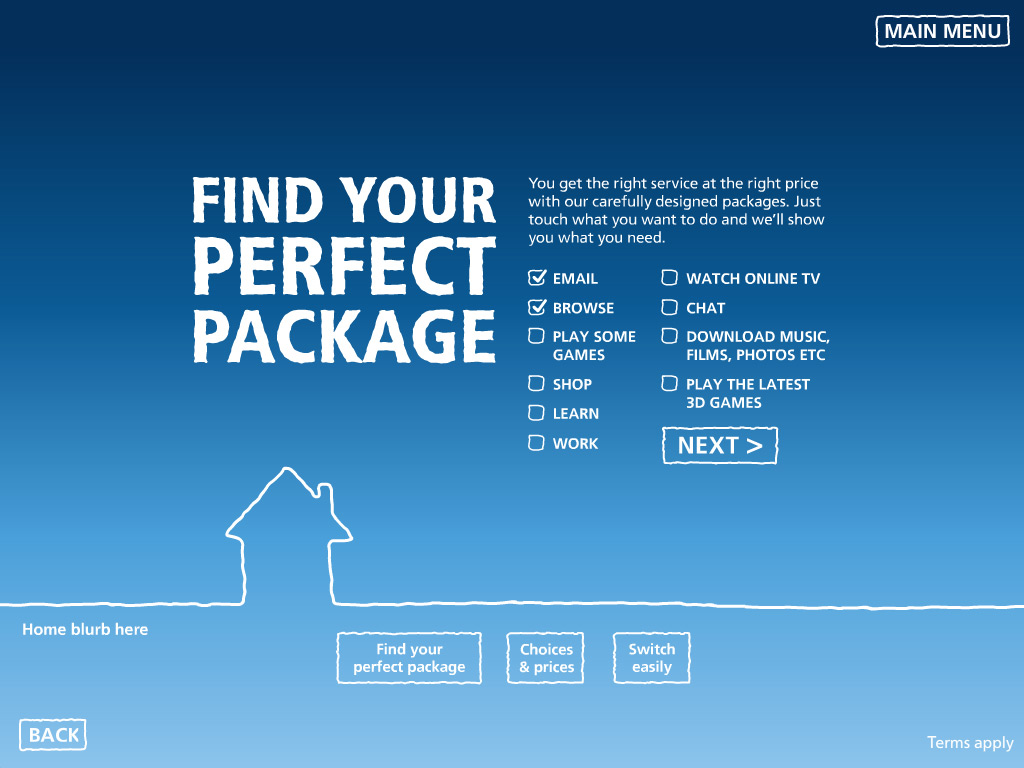 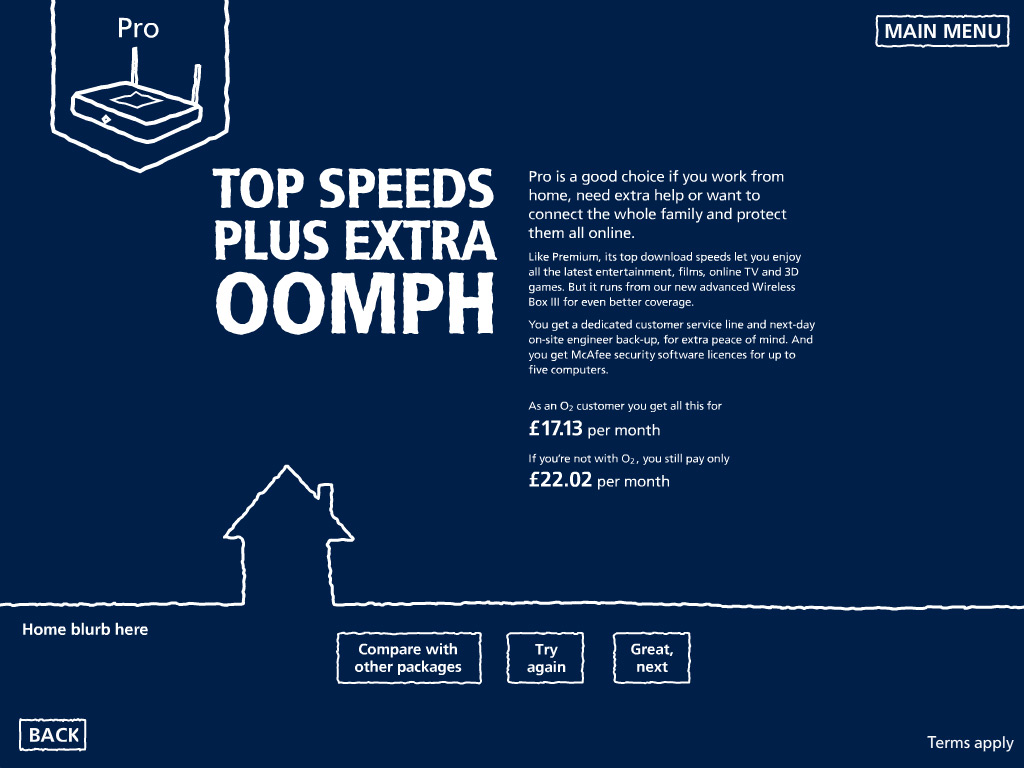 To add to the hand-drawn ‘feel’ I added chalk board style ‘rubbing away’ transitions between screens. 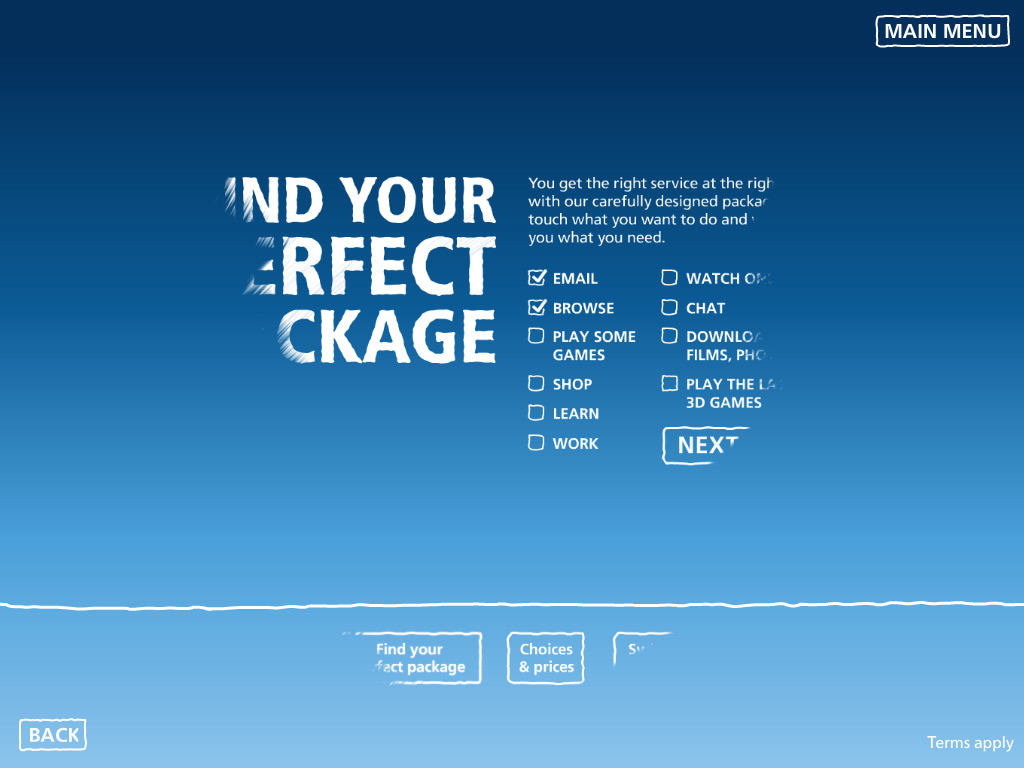 ‘Rubbing away’ transition between screens

Using BitmapData to ‘Rub away’ the screen

To create the chalk board style ‘rub away’ tranisition I painted 48 PNGs using a rough brush in Coral Painter. These PNGs were then imported into Adobe Flash as a sequence of keyframes in MovieClip MaskMC. When the the user changes screens the function updateAndSwapToBitmap and the current content is stores as BitmapData.

The mask MovieClip when activivated by the wipe function will play through the frame updating the BitmapData mask as it goes. When the playhead reaches the last frame the content is swapped by calling swapToPageMC and the playhead reversed to reveal the new screen.

Finally. When the playhead has returned to frame one the custom event WaitForMask is fired informing ther presentation that it is to return to its interactive state and continue.

If you have Adobe Flash Player you can see a demo of the touch screen presentation here. Remember it’s designed for fullscreen and local PC use, so please be patient while it loads. :-)