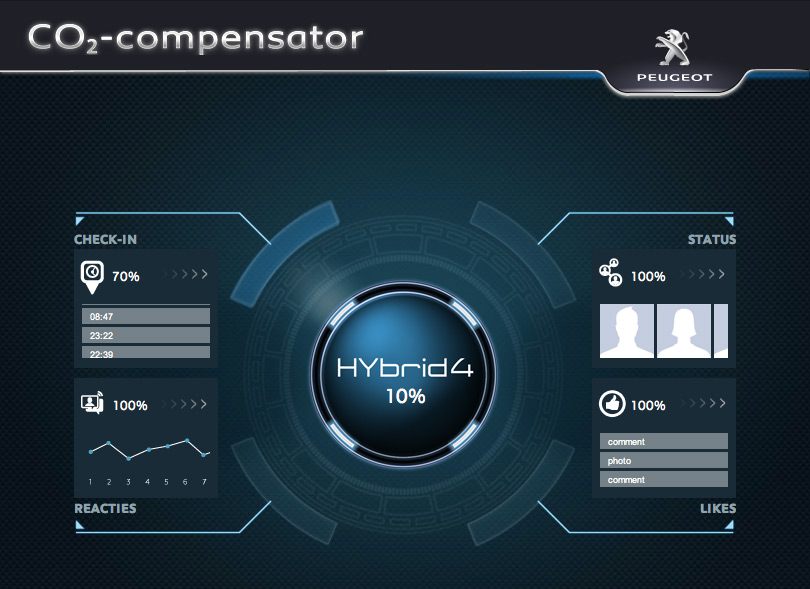 In November 2012 I left an amazing bunch of people and a comfortable job at VCCP to start freelancing. Another ex-VCCP’er Sarah Bainbridge said come and help out at TBG Digital. They were busy building Facebook pages in the run up to Christmas. 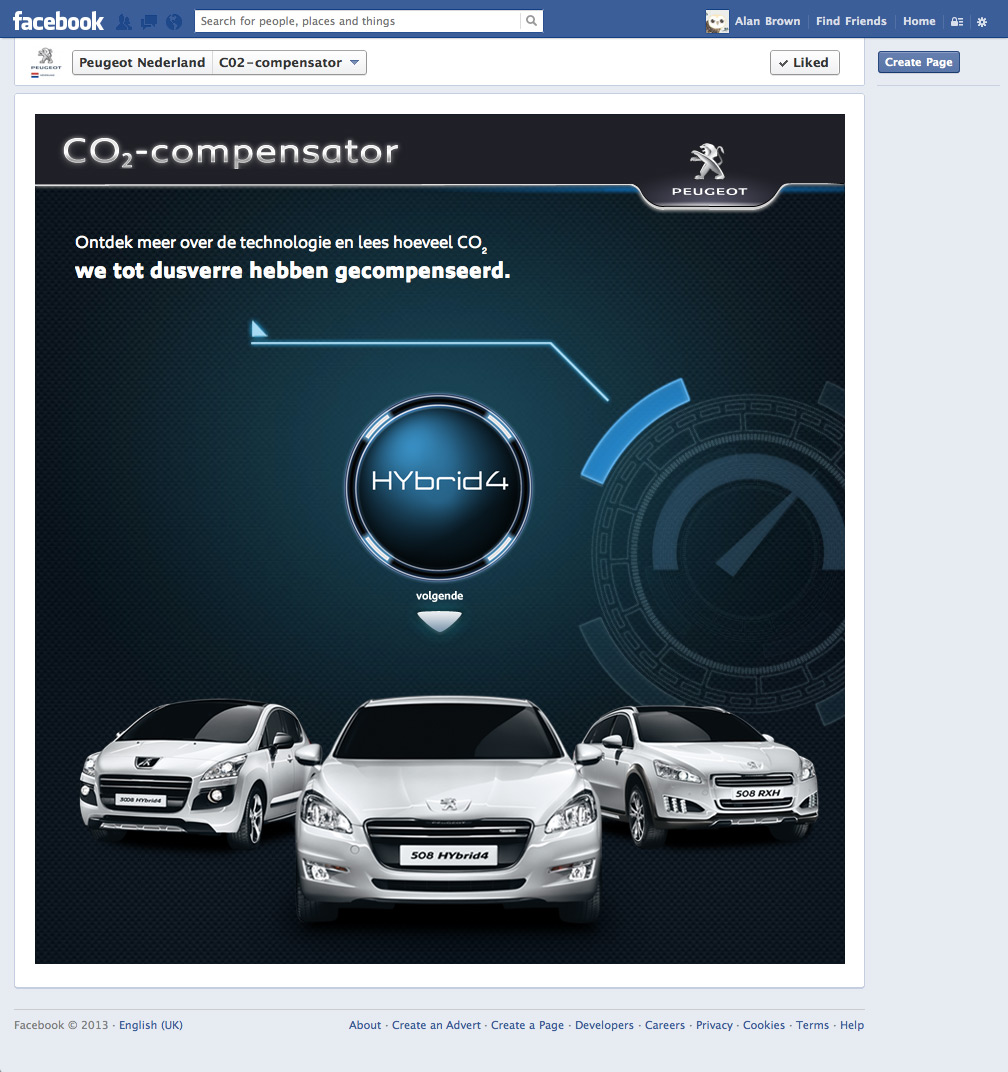 The guys and gals at TBG had an idea. Peugeot would offset the carbon footprint of those who ‘liked’ the page. Drawing comparisons to the green friendly efforts they are putting into their cars. A dynamic and informative Facebook page would show users how much was offset so far and link them to more information. 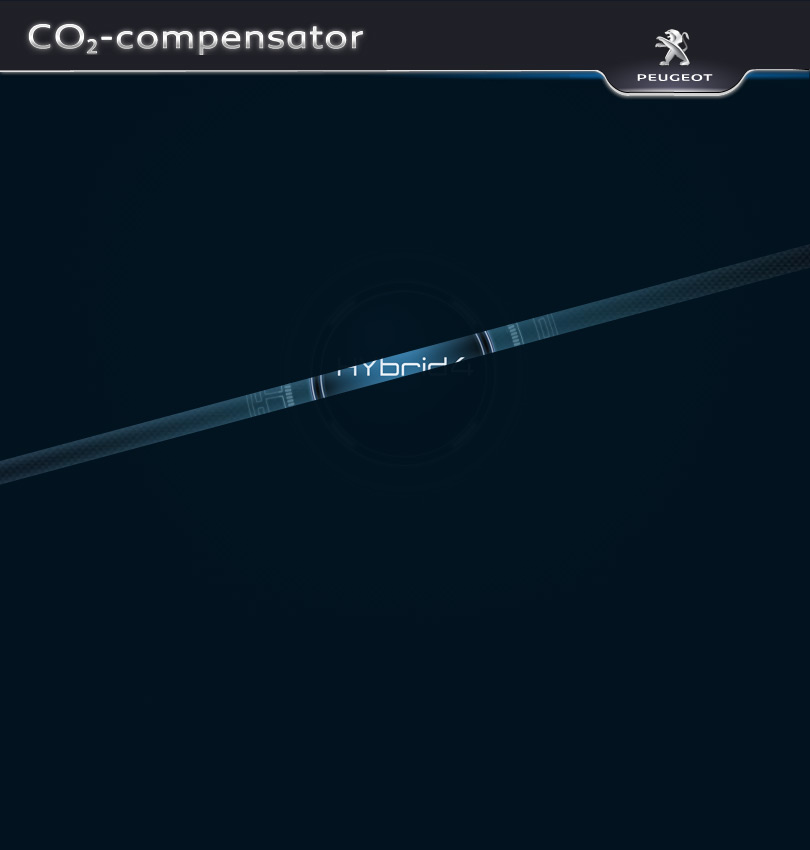 JQuery all the way

Originally this Facebook page was to be in Adobe Flash, but with a small budget it was decided that HTML & CSS would be best. The signed off designs however look like they should move. I felt it wouldn t cut it with users if things were static. This page looked like it should move. JQuery and a bunch of plugins were the answer for a quick development time. Here’s a list of the tools* used:

* We added Raphaël later to rotate the carbon offset dial in Internet Explorer 8. 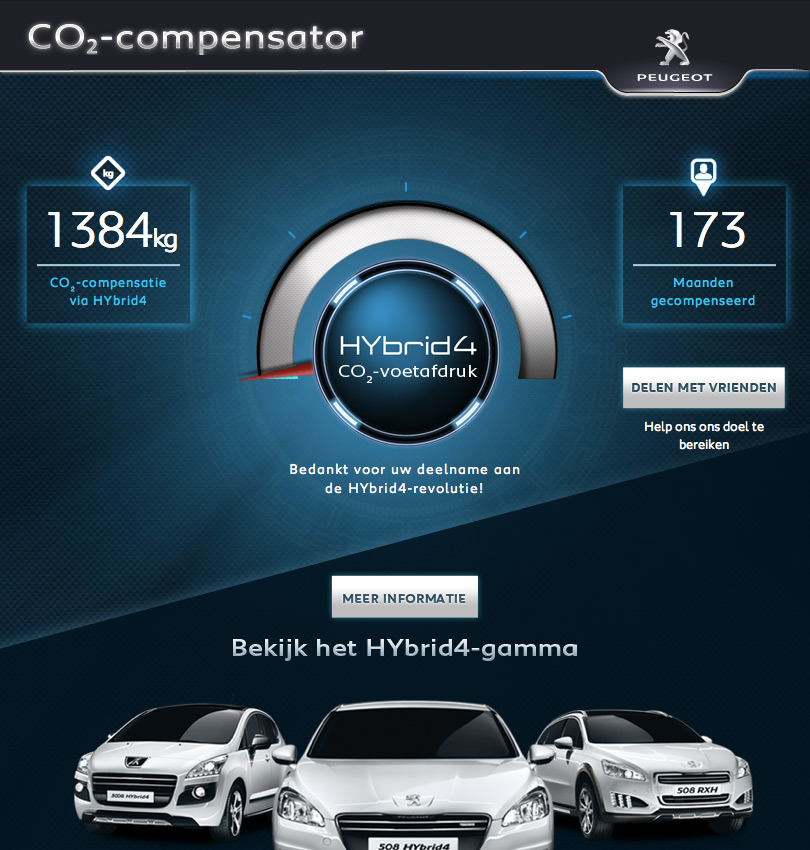 You can see the Peugeot Carbon Offsetter here. Or if you prefer not to visit Facebook there’s a version without all the FB code here.