Microsoft were announcing new features for Hotmail for what they called Greymail. That’s all the unwanted newsletters and the like that’s not spam and filling up your inbox. So VCCP decided to make a Kinect game for the various Hotmail events that Microsoft hold at Universities and the like. Our Creative Tech had done a quick prototype and it was decided that the game would be written in ActionScript and published as an Adobe AIR app.

END_OF_DOCUMENT_TOKEN_TO_BE_REPLACED 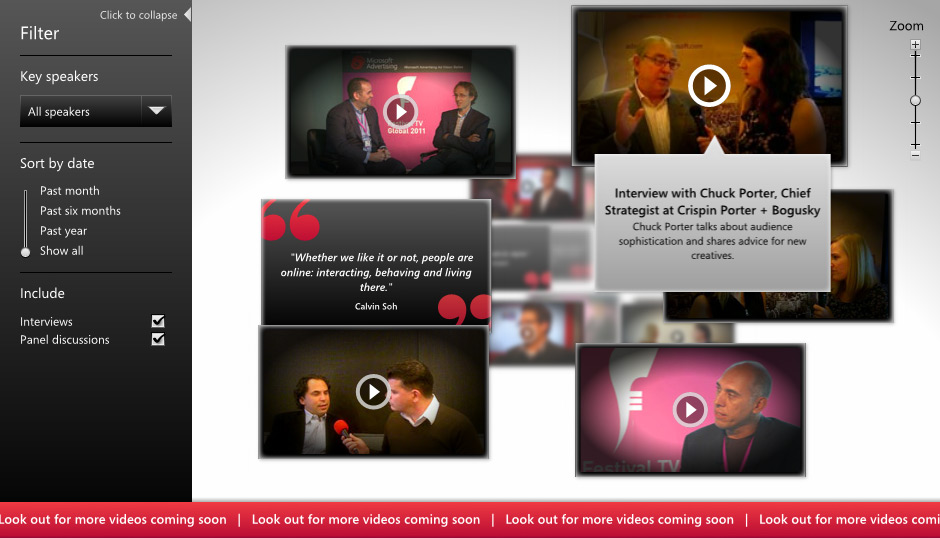 Last July I had the pleasure of creating my second Silverlight app for Microsoft Advertising (You can read about the first one here) while working at VCCP. This Silverlight tool lets you view and filter videos from the Ad Vision series in an easy to use and visually engaging way.

END_OF_DOCUMENT_TOKEN_TO_BE_REPLACED 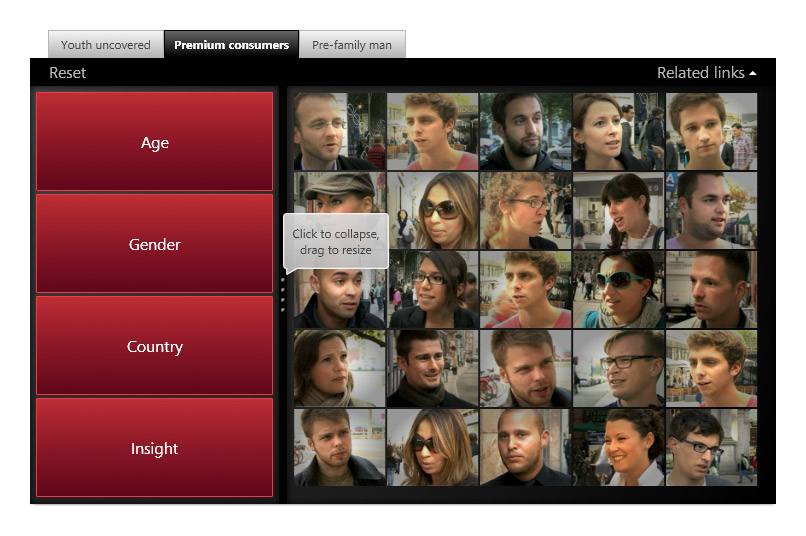 I have done three Silverlight apps for Microsoft Advertising so far. This was the first. It’s a tool to help advertisers hear what people from different audiences think about various online activities.